What Happens After You Quit Smoking? 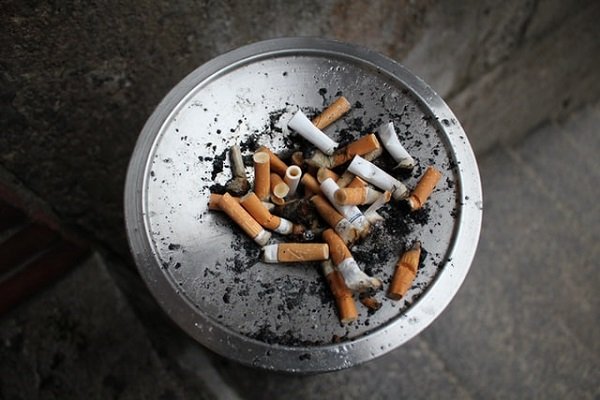 Many fear it will take a long time to see improvements in health and well-being, but the timeline for seeing real benefits is faster than most people realize.

Health benefits begin in as little as an hour after the last cigarette and continue to improve.

Here are some key points about smoking cessation. More detail and supporting information is in the main article.

The benefits are almost instant. As soon as a person stops smoking their body begins to recover in the following ways:

In as little as 20 minutes after the last cigarette is smoked, the heart rate drops and returns to normal. Blood pressure begins to drop, and circulation may start to improve.

Cigarettes contain a lot of known toxins including carbon monoxide, a gas present in cigarette smoke.

This gas can be harmful or fatal in high doses and prevents oxygen from entering the lungs and blood. When inhaled in large doses in a short time, suffocation can occur from lack of oxygen.

After just 12 hours without a cigarette, the body cleanses itself of the excess carbon monoxide from the cigarettes. The carbon monoxide level returns to normal, increasing the body’s oxygen levels.

Just 1 day after quitting smoking, the risk of heart attack begins to decrease.

In as little as 1 day after quitting smoking, a person’s blood pressure begins to drop, decreasing the risk of heart disease from smoking-induced high blood pressure. In this short time, a person’s oxygen levels will have risen, making physical activity and exercise easier to do, promoting heart-healthy habits.

Smoking damages the nerve endings responsible for the senses of smell and taste. In as little as 2 days after quitting, a person may notice a heightened sense of smell and more vivid tastes as these nerves heal.

3 days after quitting smoking, the nicotine levels in a person’s body are depleted. While it is healthier to have no nicotine in the body, this initial depletion can cause nicotine withdrawal. Around 3 days after quitting, most people will experience moodiness and irritability, severe headaches, and cravings as the body readjusts.

For the next several months after quitting, circulation continues to improve.

Nine months after quitting, the lungs have significantly healed themselves. The delicate, hair-like structures inside the lungs known as cilia have recovered from the toll cigarette smoke took on them. These structures help push mucus out of the lungs and help fight infections.

Around this time, many former smokers notice a decrease in the frequency of lung infections because the healed cilia can do their job more easily.

One year after quitting smoking, a person’s risk for coronary heart disease decreases by half. This risk will continue to drop past the 1-year mark.

Cigarettes contain many known toxins that cause the arteries and blood vessels to narrow. These same toxins also increase the likelihood of developing blood clots.

After 5 years without smoking, the body has healed itself enough for the arteries and blood vessels to begin to widen again. This widening means the blood is less likely to clot, lowering the risk of stroke.

The risk of stroke will continue to reduce over the next 10 years as the body heals more and more.

After 10 years, a person’s chances of developing lung cancer and dying from it are roughly cut in half compared with someone who continues to smoke. The likelihood of developing mouth, throat, or pancreatic cancer has significantly reduced.

Smoking is a harmful habit that can lead to severe health complications and death. When a person quits smoking, the body will start to naturally heal and regain the vitality of a non-smoker over time.

Some effects, such as lowered blood pressure, are seen almost immediately. Other effects, such as risks of developing lung cancer, heart disease, and lung disease, take years to drop down to the levels of a non-smoker.

However, each year of not smoking decreases risks and improves overall health, making quitting smoking an excellent choice for anyone who started the habit.

This article was originally published on Medical News Today.