The Notion of Jazz 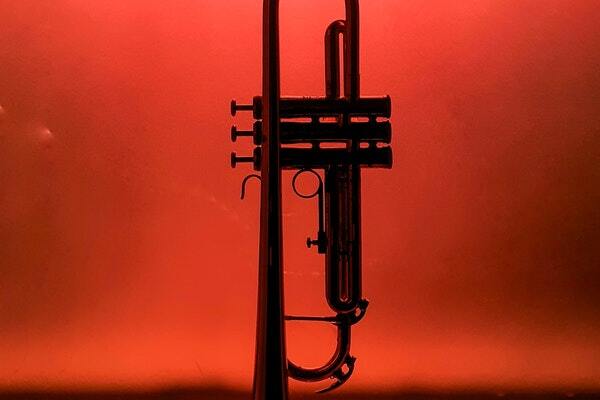 Jazz is a specific musical direction that originated in the late 19th century in New Orleans (S.A.D.), with roots in African traditional music. Jazz was primarily the folk music of the enslaved black people in America, only to eventually gain art status and become the basis of blues and rock and roll music.

This direction is characterized by the use of blues notes, syncope, swing, polyrhythms and improvisation. Of the above characteristics, the most important for jazz is improvisation, which separates it from classical music. In classical music, the performers of a composition had to strictly adhere to the notes, while the jazz musicians were musically uneducated, but extremely talented, and thus the way of performing was personal and tied to the moment. Improvisations are rhythmically bold and unusual, with the obligatory use of syncope, which required maximum creativity of the performers.

The meaning of the word “Jazz” is unknown, but it is assumed that it was a vulgar word.

The story of jazz begins with the discovery of the American continent and the enslavement of the African people who worked on plantations across America. By the end of the civil war in the United States and the ban on the enslavement of the black people, about eleven million blacks had been brought from Africa. The African people took their culture and tradition with them from their homeland, which is why we say that the very roots of jazz are in African traditional music.

In the period from 1890 to 1910, jazz music was created in a place called New Orleans. Why New Orleans? The answer is simple – New Orleans is a city located at the confluence of the Mississippi River and the Gulf of Mexico. Due to its favorable geographical position, New Orleans was one of the largest ports in which ships carrying enslaved African people sailed. African traditional music, influenced by local folklore and music, performed on European instruments was called Jazz. This is how the first jazz styles, Ragtime and New Orleans Jazz or Hot Jazz, came into being, and later became known as Dixieland. These two forms of music were the first forms of jazz and black music in general, which began to be heard among whites as well. The first jazz musicians were Scott Joplin – “Jelly Roll Morton”, “Jelly Roll Morton”, “Ma Rainey” and “WC Handy”. – “Father Blues”.

Between 1910 and 1940, over a million and a half blacks moved from the south as part of the Great Migration to cities such as Chicago, Detroit, Cleveland, Pittsburgh, Philadelphia and New York. But even in these places they could not avoid racism. In 1917, when America joined World War I, some military leaders demanded the recruitment of blacks. One of these military leaders was General Hayward, who was indirectly responsible for spreading jazz music in Europe. Here is the explanation: in order to attract as many blacks as possible for the army, Hayward recruited James Reese Europe, the leader of the Harlem Jazz Orchestra, who attracted a large number of jazz musicians and formed a military band. Thanks to the band, over 370 thousand blacks joined the army. All these soldiers were sent to the front in France, where, when there were no armed conflicts, they played in local clubs and thus introduced the European continent to jazz music.

In this decade, radio was invented that enabled jazz and blues musicians to have their music recorded and broadcast across America. At that time, the most popular was “Bessie Smith”, who bore the title of “queen of the blues” (unfortunately, she died in a car accident in 1937).

On the other hand, the famous prohibition was introduced, which defended the dispensing of alcohol. However, there were clubs in Harlem where drinks were served, which attracted a large number of both blacks and whites who could enjoy jazz in addition to drinks, listening to Duke Ellington and Cab Calloway. ).

After the fall of the American Stock Exchange (1929) and the period known as the “Great Depression”, it was time to stop racism. And it was on that path that jazz music completely changed American culture at this time, introducing Swing, which was widely accepted among whites.

Benny Goodman is a white clarinetist and the founder of the first racially mixed jazz band, made up of (besides Benny Goodman) black musicians: Lionel Hampton, Charlie Christian. ), Teddy Wilson and white drummer Gene Krupa. In 1938, they held a concert in the full hall of the famous Carnegie Hall.

An important role was played by Louis Armstrong, whose improvisation influenced many jazz greats such as Cab Calloway, Dizzy Gillespie, Bing Crosby… to extend the style to vocalists such as Ella Fitzgerald and Billie Holiday. 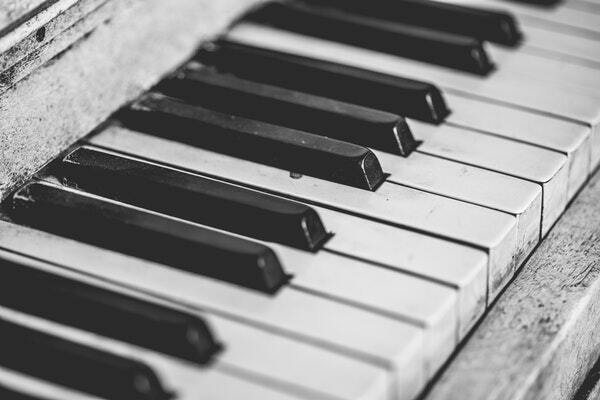 Due to the bad economy and the outbreak of World War II, production companies stopped working, so the only way to hear music was by radio. At this time, an extremely important style of jazz appeared – Bebop (“Bebop”). Bebop was invented by musicians who wanted to have more creative freedom than swing allowed. The pioneers of this direction were Charlie Parker, Dizzy Gillespie, Thelonius Monk, Bud Powell, Kenny Clarke, and Max Roach. ”) And Ray Brown. The style introduced a real revolution in jazz music by dictating the lifestyle, and after a short period of time it became the basic language of jazz musicians.

The fifties are known in jazz for the emergence of new styles such as Hard-Bop, which was played on the east coast of America, and it is significant because it reunited jazz with blues. Under the influence of contemporary music, it developed more peacefully, that is. Cool jazz, which was a mixture of Bebop and Swing. From Bebop, a new style developed called Hard bop, which had more “soul” and the rhythm of the section was “more refined” than with bebop. This decade will be remembered in the history of music for the creation of Rock ‘n roll, which was created thanks to jazz and blues music.

In 1954, the first Newport Jazz Festival was held, which is today considered one of the best jazz festivals in the world. It featured big names in this music: Miles Davis, Duke Ellington, Muddy Waters, Nina Simone, John Coltrane, You Russell (“Wee Russell”)…

Jazz becomes a reflection of the mood of the American nation, which was affected by the war in Vietnam and the fight for human rights. There is free jazz, avant-garde jazz and jazz fusion, which occurs with the advent of electric instruments. Thanks to jazz fusion, rap music was created in the 70’s.

In 1971, one of the most influential jazz musicians, Louis “Sachmo” Armstrong, passed away, and with him, as it seemed at the time, jazz itself. But in 1983, with the advent of CDs, a new hope emerged that ensured the survival of jazz music. Bebop reappears. Jazz music is dubbed from discs and various compilations with this type of music are released for sale.

In the 80’s, new styles of jazz (“Acid”) and “Smooth” jazz appeared, with representatives such as Pat Metheny, Sade, and Jamiroquai, Brand New Heavies, Moloko and others are becoming popular throughout America and Europe.

In the 90’s, there were attempts to combine electronic music with jazz, the product of which is the famous Icelander Bjork and the group Portishead.

At the beginning of the 21st century, young jazz stars appear on whom the future and the very survival of jazz music depend, and their names are: Norah Jones, Diana Krall, Jill Scott, Jamie Cullum, Erykah Badu, Amy Winehouse…

Acid jazz is a style that originated in the 80s, and reached its peak in the 90s. The style itself is a mixture of jazz, funk, soul and disco music. Acid jazz, although it often contains elements of electronic music, is performed live on normal instruments.
Representatives: Brand New Heavies, Incognito, Jamiroquai, Massive Attack, Moloko, Pat Metheni…

Bebop is a style that originated in the 1940s. The reason for the existence of this style is greater creative freedom than in Swing. It is characterized by fast tempo, complex harmonies and intricate melodies. Unlike swing, it was less acceptable to a wider audience, but because of that, it presented an exciting and beautiful revolution in jazz music to musicians and fans of this branch of art. Bebop allowed great freedom of improvisation. An interesting feature of this improvisation was the use of riffs, as well as more arpeggios than scales. Classic Bebop instruments consist of saxophone, trumpet, double bass, drums and piano. Bebop influenced the emergence of styles such as cool, west cost, free and avant-garde jazz.
Representatives: Miles Davis, Dizzy Gillespie, Charles Mingus, Theolonius Monk, Charlie Parker, Chat Baker…

This style originated in the early twentieth century in New Orleans and by 1910 had spread to Chicago and New York. He was extremely popular among people and is often considered the first true jazz style. The style was created as a combination of ragtime, blouses and polyphonic improvisations. Dixieland is divided into three styles: Chicago, West Coast and New Orleans Traditional. Dixieland had a great influence on the development of Swing, Rhythm and Blues, as well as on Rock and Roll.
Representatives: King Oliver, Jelly Roll Morton, Louis Armstrong, Steve Lacey, George Gershwin, Fats Domino… 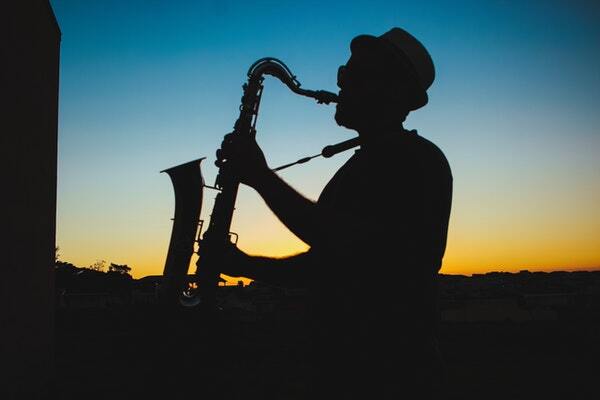 Hardbop is a style whose origin was greatly influenced by bebop, blues, gospel, rhythm and blues, and their performance on piano and saxophone. In this style bass and double bass played a more significant role than in the above styles.
Representatives: Art Blackie, John Coltrane, Herbie Hancock, Herbie Lewis, Charles Mingus, Theolonius Monk…

Jazz fusion is a musical style that combines elements of jazz with other styles of music such as pop, rock, folk, reggae, funk, metal, hip-hop, electronic music, rhythm and blues…
The development of the style began in the 60’s, with a combination of jazz improvisation, played on electric rock instruments, with a rhythm section as it appears in salt and rhythm and blues music. On the other hand, many rock musicians incorporated elements of jazz into their music. The 70’s were the best years for this style, but it is still very popular today. Songs of this style are mostly instrumental. The style is most prevalent in Europe, South America and Japan.
Representatives: Chicago, Miles Davis, Frank Zappa, Focus, Jeff Beck, Stanley Clark, Billy Cobham, Al Di Meola, Herbie Hancock, Pet Metheni, John McLaughlin, Jako Pastorius, Carlos Santana, Vedr Report, Chick Korea, Robben Ford, Vlatko Stefanovski…

This style developed under the influence of funk, pop and rhythm and blues. In the late 80’s the style became popular in radio format. It was created in the mid-70s and as its feature is taken to put emphasis on the melody, while little attention was paid to improvisation. Of the instruments in smut jazz, saxophone and guitars are mostly used, and tenor and soprano are the most popular vocals. Smooth jazz influenced the development of urban jazz, and partly the emergence of hip-hop music.
Representatives: Lee Rittenour, Larry Caltron, Grover Washington, Spiro Gira, George Benson, Sergio Mendes, Chuck Magnon, Forplay

Swing jazz or just swing is a form of jazz music that originated in the 1920s. It is characterized by a strong rhythm section (with double bass and drums), a tempo that varies from medium to fast and a time rhythm recognizable for swing. Swing lost its popularity during World War II, but it developed into styles such as: jumper blues, rhythm and blues, bebop, rock and roll, country and funk.