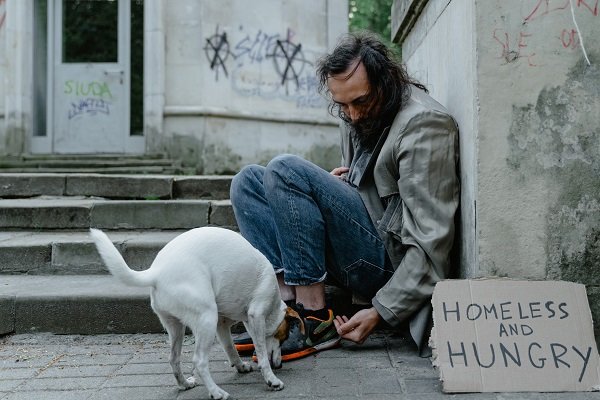 There are a lot of assumptions made about mental illness. One is that all of the homeless population are – or at least predominantly are – mentally ill. That’s far from the truth.

Homeless people get that way for a variety of reasons. Some lose their jobs or are evicted from their housing. Others have no friends who can put them up when that happens to them, so they have time to pull themselves together and find a new job or living situation. And some live on the streets because of alcohol or drug addiction.

And yes, some people are homeless because they are mentally ill. Disorders such as depression and bipolar disorder, schizophrenia, anxiety disorders, and substance abuse disorders are frequently seen in the homeless population. According to the Harvard Medical School, “about a quarter to a third of the homeless have a serious mental illness — usually schizophrenia, bipolar disorder, or severe depression — and the proportion is growing.”

Psychiatric Times states, “There is clearly a link between psychiatric disorders and homelessness; disentangling the nature of this relationship is complicated….Mental illness had preceded homelessness in about two-thirds of the cases. Homelessness in turn has been associated with poorer mental health outcomes and may trigger or exacerbate certain types of disorders.”

The system is rigged against homeless people. With no address, phone, no reliable transportation, no place to bathe, it is hard to get and keep a job. Many times homeless people are taken advantage of when they can get day labor such as mopping a store, cleaning toilets, or sweeping a parking lot. The job “broker” for casual labor can easily demand a kickback from the homeless person in exchange for finding the person a job.

Some homeless people have been kicked out of their houses because of their alcoholism, drug addiction, or disturbances caused by mental illness – or because of “tough love” philosophies.

And let’s not forget people who have been released from jail or a mental health facility. It can be almost impossible to find a job and an affordable rental. Thanks to a broken system of both prisons and psychiatric facilities, the recently released have no place to go but the streets. When Reagan closed down and defunded “asylums,” he took away the most common way for the mentally ill to get help. Where did these people end up? Either in prison or a homeless camp.

In fact, being in jail is a luxury for some homeless people. They may commit petty crimes in order to be arrested and put where they know they will receive “three hots and a cot” for at least a couple of months. But there is little to no psychiatric care for homeless people in jails or prisons. Despite this, the prison system is clogged with mentally ill people who have no way to get better and nowhere to go when they are released.

With a few exceptions, people do not choose to be homeless. Many people look down at the homeless, sure that they know what would be best for them or clinging to the outdated notion that a homeless person can “pull themselves up by their bootstraps” and conquer both mental illness and homelessness. People who experience schizophrenia or psychosis are particularly hard to place, even in shelters.

What about those shelters? To begin with, they are overcrowded. Not everyone who needs one is able to get a place. Many are horrible, crowded places, where theft, assault, and rape occur. They make the residents leave at 7:00 a.m., whether they have a place to go or not. Others make residents adhere to codes of conduct little better than jail, or insist that a resident profess the preferred religion of those who run the shelter. And don’t forget bedbugs, lice, and infections linked to too many people being in an enclosed space. COVID restrictions make it even harder to find a place in a shelter. There are more shelters for women – and especially women with children – than can accommodate the women who make up 29% of the homeless.

And what about the violence associated with both the homeless and the mentally ill?

Lynn Nanos, in her book Breakdown: A Clinician’s Experience in a Broken System of Emergency Psychiatry, makes an excellent case that schizophrenic and psychotic patients, especially those with anosognosia, are the most likely of all psychiatric patients to commit violence and be victims of violence.

But murderous violence is not the only kind. An NCBI study reported that “mental illnesses only moderately increased the relative risk of any violence, that is, assaultive behaviors ranging from slapping or shoving someone to using a weapon in a fight.” In addition, they said, “the absolute risk was very low; the vast majority of people with diagnosable serious psychiatric disorders, unless they also had a substance use disorder, did not engage in violent behavior.”

People often say that most of the U.S. population is one paycheck, spouse, illness, job loss away from homelessness. Let’s add mental illness to that list of potential causes. We need better programs to serve the homeless, the mentally ill, and the homeless mentally ill.

This text was originally published on Bipolarme.blog.