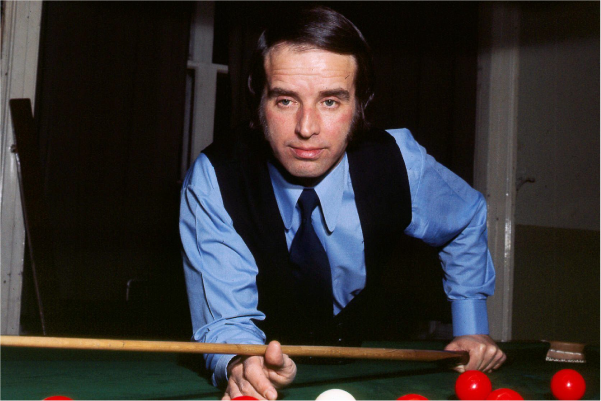 John Spencer is a legendary player who carved his name into the history books of sport on his very first attempt. He took home the World Championship in what many people see as the first Championship of the modern era.

These two ‘firsts’ are just a snippet of the late, great John Spencer’s extraordinary career.

Born in Radcliffe, Lancashire just outside of Manchester in 1935, Spencer lived through World War two for much of his childhood. He started playing snooker not long after the war had finished at the age of 15, but despite immediately showing enormous talent the state of both the country and the professional game, in general, meant it was not viable to turn pro.

Spencer performed well in amateur tournaments, but it was in 1967 at the age of 31 when he took the leap into the professional game and his life would change forever.

Spencer became the first man in 16 years to turn pro, a move that would cause a chain reaction of prominent amateur players taking the step in what is seen as a pivotal moment for World Snooker.

On his first entry into the World Championship, Spencer won it after comfortably winning in all 3 rounds, winning the final 37-24 against Gary Owen.

Spencer went on to be a dominant force in the professional game, reaching at least the final in all but 1 (a World Championship semifinal loss to Ray Reardon) of the competitions he entered in his first 4 years as a pro. This included 2 Pot Black victories, 2 Park Drive 2000 victories, a Stratford Professional victory and an impressive 2nd World Championship in 3 seasons.

Another Park Drive 2000 victory would follow in 1972 along with victory in the inaugural and short-lived Norwich Union Open in 1973.

As if it was not already guaranteed, Spencer ensured that his name would never be forgotten in the 1974/75 season. This was the season that The Masters and the Irish Masters were both held for the first time, and in character, Spencer won both inaugural tournaments. The 1975 Masters victory remains to this day one of the greatest matches in history, with Spencer taking victory after a respotted black in the final frame of a stalemate with fellow legend Ray Reardon.

Spencer was far from done with his career of firsts, although the gravity of this one may have gone underappreciated at the time. The Englishman won his 3rd World Title in 1977 by beating Cliff Thorburn in the final. This also happens to be the first-ever to be held at the Crucible, making him the first Champion of snooker’s hallowed ground.

The final first is arguably the most impressive, Spencer became the first player to make a 147 break in an official professional competition. Again playing against Thorburn, Spencer achieved the feat in the quarterfinal of the Holsten Lager International, but sadly it was not caught on camera as the TV crew were famously on a refreshment break. Today it is also not regarded as an official break as the tournament utilised non-templated tables.

From this point, Spencer’s career would fizzle out before he eventually retired in 1992 at the grand old age of 57.

For Spencer’s greatest moment we have selected his first World Championship win, with it just edging out the 147 on the grounds of the latter not being an official record.

Excluding Joe Davis’ inaugural win, this made Spencer the first man to win snooker’s biggest prize on debut and remains just one of 3 to this day. Not only that, but he did it with such ease brushing aside other greats including John Pulman and Rex Williams on route to the final.

This article was originally posted on TheSportingBlog.