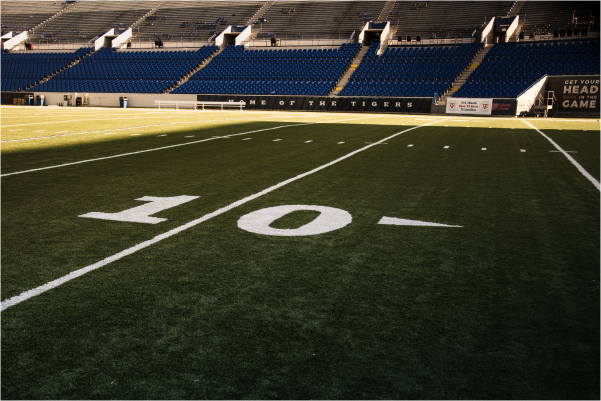 With so many other forms of entertainment competing for fans’ attention these days, teams need to offer more than just bobbleheads and dollar dog nights to boost sales of tickets and merchandise.

Sports marketers and operations directors recognize they must offer fans unique, personalized experiences to entice them to come back. Here are three strategies marketers are using to boost ticket sales and promote loyalty throughout the year, regardless of their team’s standing.

While the Milwaukee Brewers would love a World Series win as much as any other team, they rely on data analytics to keep their most loyal fans coming back year after year.

The Brewers’ analytics team looks for indications of loyalty using data from ticket scanners, purchasing history and even email. Ticket scanner data reveals how many games season ticket holders actually attended, which can help predict their likelihood to renew. The team also analyzes every email from its fans, with the assumption that those who take the time to write are more committed than the average fair-weather fan.

The Brewers partner with a demographic data provider to paint a more complete picture of the fans in their email database, including age, income and location.

Information from post-season surveys gives them additional insight. The Brewers use data from all these touch points to determine which season ticket holders are most likely to renew — and which ones need more nudging — so they can focus their sales and marketing efforts. It’s a smaller group, but the revenue potential is much higher, allowing the team to achieve a greater return on their investment.

The team determined it can improve season ticket sales by asking its sales reps to focus on the fans who were less likely to renew first, since the diehard fans don’t need as much convincing.

“The best customers would be buying within a call or two,” Milwaukee Brewers data analyst Diny Hurwitz said in an article in Knowledge@Wharton, a publication of The Wharton School. “So if someone is mostly likely to renew, why should that be the first call to make? They may even renew online without any phone call at all. But you may be missing out on leads if you let people who are less likely to renew go until later.”

Sorting through fan data also allows teams to determine what experiences and perks will be most enticing to certain groups based on their interests.

The most successful season ticket programs are strategically developed based on this data.

For instance, the Washington Redskins Rewards loyalty program allows longtime fans to participate in unique experiences such as joining players in the pre-game tunnel before kickoff or having their names added to the stadium’s Wall of Fame.

The Toronto Raptors offers an MBNA Rewards Platinum Plus MasterCard that allows fans to use routine credit card purchases to collect points that can be redeemed for tickets to the annual Raptors Red Party. They also can receive special gifts and have the opportunity to join an exclusive Raptors road trip.

Every fan loves a keepsake. Commemorative event tickets add to the excitement and VIP experience, enhancing loyalty programs. They are an important part of branding, making fans feel like part of an exclusive club.

A well-designed ticket or mailer is social media gold — fans can’t resist sharing it with their friends. This type of organic promotion costs nothing and can be just as effective in creating brand awareness as more traditional forms of advertising.

The Daytona 500 tapped into the power of social sharing when it printed a commemorative ticket to celebrate the race’s storied history and promote its new stadium construction project. The ticket used lenticular printing to produce a dynamic image that changes when viewed from different angles. One image features a black-and-white photo of the track in 1959, while the other shows the same track in full color in 2016. The ticket was a hit on social media, garnering hundreds of likes, shares and comments. The race sold out for the first time since 2008, thanks to the $400 million Daytona Rising redevelopment project, which included the addition of 40,000 new seats.

The Indianapolis Motor Speedway unveiled a similar commemorative ticket to honor the 100th running of the Indy 500. The plastic ticket, featuring Juan Pablo Montoya, was available only in limited quantities, encouraging fans to pre-order.

“We’re really excited about it,” Indianapolis Motor Speedway President Doug Boles said in an interview with CBS News. “We think it’s something that people are going to look forward to keeping and it’s certainly going to last for a long time.”

Other teams are experimenting with custom lanyards, deluxe tickets for rivalry games, and hard plastic tickets that can clip onto lanyards. Some even offer special access to designated areas, such as press boxes and dining areas, giving the most loyal fans an even greater sense of exclusivity.

These fans are in a category all their own, and they pay top dollar for the experience of being treated that way. The most successful franchises in sports recognize this and are constantly looking for new, innovative ways to elevate the VIP experience.

And they are increasingly turning to experienced partners to manage the intricacies of these programs. DATA Communications Management is a leader in this space, supplying tickets and management of premium perks for major sports teams across North America. To learn more about their solutions for event ticket printing and loyalty programs, request a free consultation today.

This article was originally posted on SportsNetworker.